February 22, 2015
The amount of times I promise myself to keep on top of the blogging and I never seem to achieve it but here goes for the start of 2015..

The end of 2014 we ran out of bottled cider which was embarrassing to say the least and I want to really forget about the whole scenario. The only slight positive is that we should learn from our mistakes and I am going to try and ensure it does not happen again.

January 2015 I must admit was a bit hard work if I am honest for various reasons. It was cold which I quite like to be honest as opposed to being wet all the time but it is the really short days that I find frustrating. Evenings are really long and seem to go on longer than the daylight hours. I sort of try and promise to myself to take things a bit easier in January each year as it can be quite hectic for every other month. I suppose I have sort of achieved that element but oddly enough I do find it difficult to 'not do anything' and to have a break. I have so many things  'to do'! That said looking back over last month I have managed to formulate quite a comprehensive list of plans but the inevitable result is that 'the list' that now it has been prepared is a massive list and is a weeny bit sobering.... Anyway if nothing else it is at least some sort of foundation to build on!

This month has been much more positive I am pleased to say! Several pallets of cider have come back from the bottling plant so we are back in business regarding cider sales! Everyone has been so understanding about the situation which has been a great help. The days are getting longer too and a bit milder as I have said I like the cold it can slow up plans. I have been managed to get my teeth into one or two projects on the farm which I am pleased about. One particular shed on the farm has been in my sights for sorting and I have made fairly good progress in sorting out what is what. Lots of recycling into certain piles is going on and unfortunately there is the classic pile of stuff that I am not sure what to do with...
The farm shop and kitchen etc has had a lick of floor paint and it looks a lot better. I tried to do it when it was unlikely that we would have many visitors considering the time of year etc and of course inevitably we had quite a few which was somewhat challenging. It was just as well I sort of staggered the painting and did it in sections so the shop still could be used. Still had to go over a couple of bits though for a second time..

January is also a time for planning for the shows we would like to do in the next 11 months. We of course have our favourite shows but we have left off a few shows for this year for several reasons. One reason is that there is a danger of shows eating up weekends considering the time to prepare, the travelling and of course the related costs to each show that we do. We very rarely (which is lucky) to go to a show that is very disappointing but we have been a bit stricter in the amount of profit that we would like to achieve at any event. I know this is fairly obvious but going to shows is of course marketing etc as well but taking into accounts the true cost of going to a show can be quite sobering. I am sometimes amazed that some fellow stall holders sometimes do not even cover their true costs let alone make a profit to make it all worthwhile. Another factor is having a little 2 year old boy means that weekends are starting to have different priorities too. Also one element that I do find frustrating and I have to admit is one of the main reasons why we are choosing not to go to a couple of events, is the fact that we are not allowed at some shows to sell our cider by the glass! This is like going to a show with your hands tied regarding selling your product. I find this so very short sighted regarding the organisation. It completely goes against the whole theme of so called 'local shows' and encouraging small producers to attend while only a few metres away there is a large trailer unit selling mass produced drinks! These mass produced drinks can be bought anywhere in any pub. Fair enough that people like to have a choice on what they drink but heck give the small drinks producer a chance to try and compete! Our customers are always so surprised that we are unable to sell by the glass and as a result we lose a huge amount of potential business... Why do the organisers choose to do this? It is all down to those trailer units paying huge money for a pitch.... Anyway got a bit carried away there but I do find it frustrating and as time goes on these 'local shows' which just become 'another show and will begin to lose their identity.

Another good job that has been done is taking the electric winch of a rubbish tractor and sticking it on the Land Rover which is much more usable. I have done one job already and it is a brilliant tool! A huge branch had fallen off an Ash tree and had got stuck in a hedge and on top of a fence. Without a winch it would have been a nightmare but with a decent winch the job is now done! And we have instant firewood... 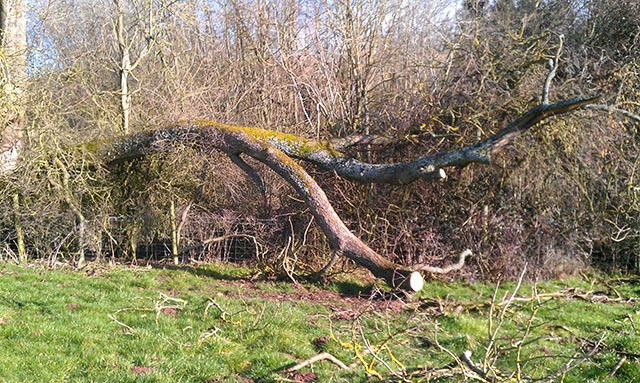 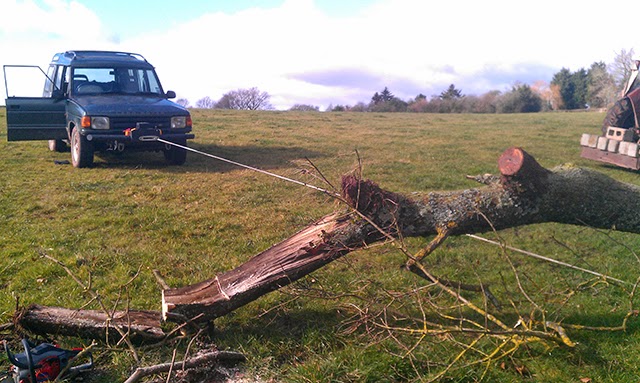 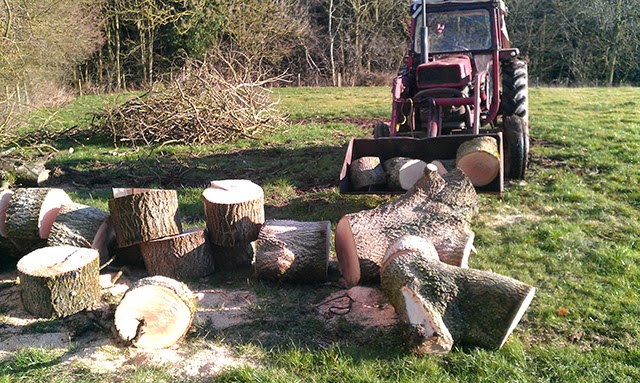 A bit of footage too!